I had just turned 4 a month before Donna was murdered, so I have very few memories - but the ones that stand out the most are how she used to take Barb and I to the "school store" (across the street from 31st Street School) and buy us candy or Popsicles.  I distinctly remember thinking that Donna was so "neat" because she did this for us, and I remember standing at the counter with my feet in the same position as hers, because I admired everything she did and wanted to be like her.

I have several vague memories of waiting for the mailman every day and saying "Hello" to him (Donna did, I was much too shy), then running into the house with the mail.  This was an "important thing" we did each day when the weather was good.

Another memory is from the Fall of 1969.  We were catching pigeons by sneaking up on them and quickly putting a Frisbee over them, then we'd carefully hold their wings to their bodies so they couldn't fly away.  I think we caught three of them.  We just wanted to pet them.  We got yelled at when Jeanne found out about it later, but we had fun while it lasted, and planned to do it again (but next time, we wouldn't tell Jeanne about it).  Another memory related to this was how we ALWAYS washed our hands the way Donna did, by twirling a bar of Lava soap around and around in our hands until it bubbled up.

The day she died, she had been reading my favorite book to me over and over again and I didn't want her to stop.  She didn't leave for Grebe's until much later than she should have and it was already dark outside.  My next memory is of Barb standing at the top of the stairs "listening".  She told me that Donna was dead.  I said, "No, she isn't!" and went back to bed.

I remember her funeral - her casket was lined with pink (I think) and she wore a white dress.  I thought she looked so beautiful (and everyone was saying so).  I didn't know why she couldn't come home with us. I cried when told that she couldn't and I wanted to stay with my mother, but we younger kids had to go home after awhile. Sue, Donna and John and I went to the State Fair when Donna was 5.  The memory that stays with me is the sleepy little girl I carried off the bus that evening.  It was a long day for a little person. 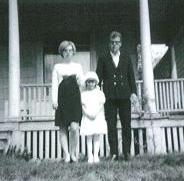 Harold and I would kinda tease Donna about her saying “Ummm” all the time. We would say she had “Ums-a-titus”.

Tommy Bernier would piggy-back her over the streets if they were just tarred and stoned, only if she wasn’t wearing any shoes.

Donna and I used to go swimming all the time at Washington Park.  One time, I remember it was kind of cold for night swimming.  She sat in the shallow part of the pool, shivering, while I waited to go off the diving board.  I finally told my friends it was time to go home.  When we were all dry, she warmed up.

Even being five years apart, we were so close.  We did a lot of things together.  I used to have her smoke so she couldn’t tell Ma & Daddy that I did.

She used to steal money from Ma.  Once, I got blamed for it.  I didn’t tell on her.  She used to take Ma’s coin purse from under the mattress and we would take just enough for sodas and a pack of cigarettes for me.  We never told anyone.

Ma always blamed me for Donna’s death.  I guess I blamed her, because I couldn’t go with Donna because I got suspended from school that day for smoking in the girl’s locker room.  Years later, Ma & Daddy were talking in Bon’s Bar and Daddy said that he blamed both of us.  I think they were both very hurt. 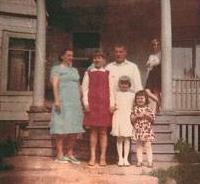 Milwaukee Journal "Cards of Thanks" ~ March 1970

There is so little one can say when you lose unto God one so loved by so many.  At a time like this when our darling daughter, Donna, was called unto God's altar, we wish to say, from the bottom of our hearts, God bless all of you for your kindness, sympathy, prayers, floral tributes and acts of kindness; many thanks to our friends, relatives, neighbors.  A special thanks to the pastors of St. Michael's Church, the teachers, classmates, the pallbearers, the Schmidt and Bartelt Funeral Home, Mr. Eugene Weiand and all those who came to pay their last respects.  God bless you all.

From the parents and sisters and brothers of Donna Willing